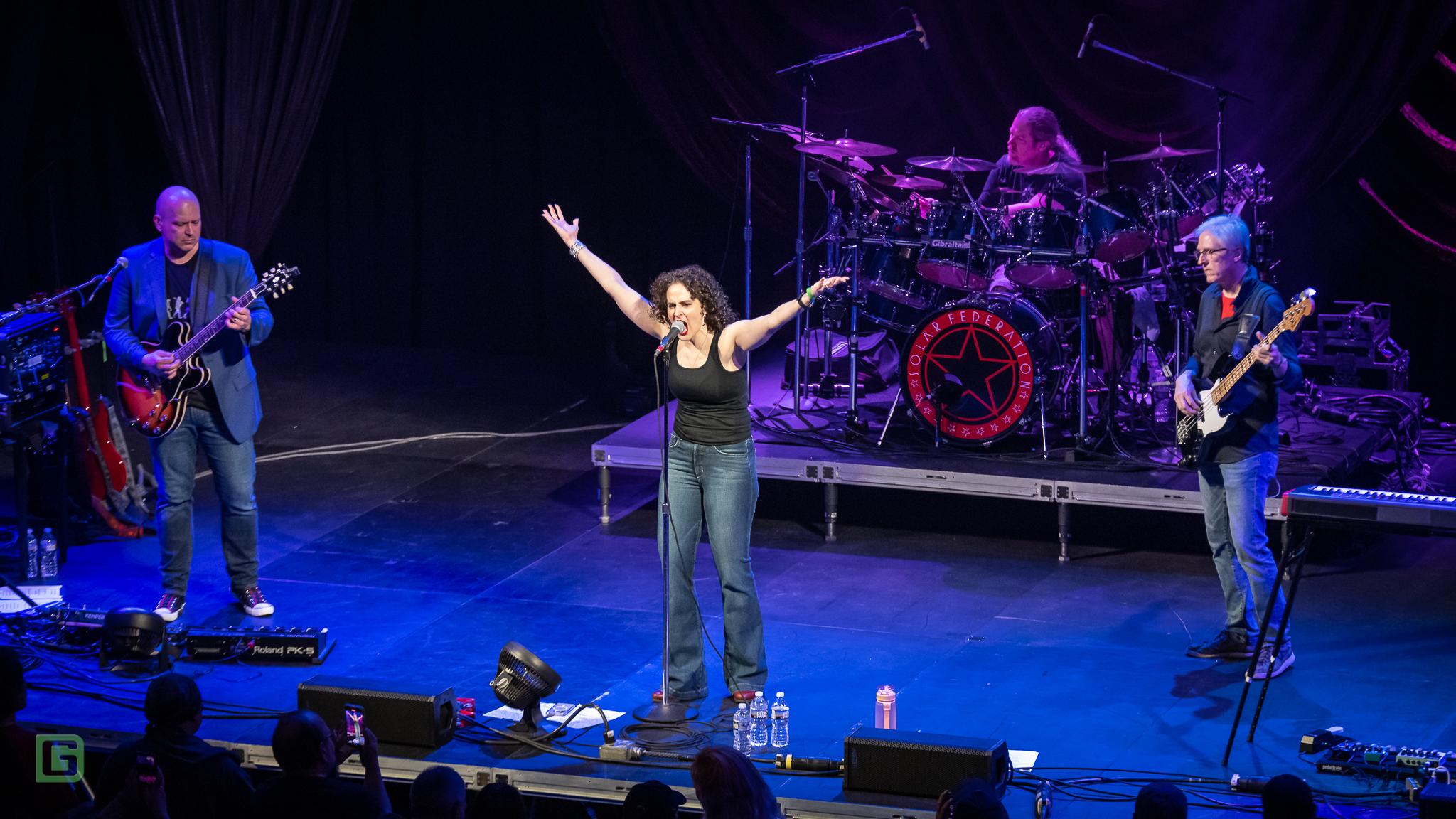 Menu will feature sandwiches & light fare, including Vegetarian and Gluten-Free options.
Be sure to check out our current offerings on our website or click here.
—————————————————
In 2015, the iconic Canadian rock band Rush celebrated its 40th anniversary with a career-spanning tour that proved to be the band’s swan song. The death Neil Peart, the band’s legendary drummer and lyricist, in January 2020 sent shock waves across the rock music community and put to rest any rumors of the band ever performing again. Yet the band’s legacy endures, and interest in Rush’s music remains at an absolute peak. Seven years later, there is still a high demand from fans to witness the band’s music played live on stage.

Hailing from Central Pennsylvania, Solar Federation performs the music of Rush with passion and precision, tuning into all the fine details die-hard fans analyze with every spin of an album. Formed in 2014, the band spent an entire year honing its initial set list and rehearsing what is often called the most complex and difficult catalog of songs to perform in all of rock music. After only a handful of live performances, the band quickly established itself as one of the premier Rush tribute bands on the East Coast, garnering praise from fans for its accurate interpretation of the material, meticulous attention to detail, and vocalist Julie Schreiber’s passionate delivery of Rush’s dynamic melodies and thought-provoking lyrics. Over the last seven years, Solar Federation has become known as a faithful tribute to the music of Rush and has garnered respect among the vast community of Rush fans around the globe.

Following the death of Peart, Solar Federation was invited to perform at A Night for Neil, a memorial tribute concert organized by Peart’s parents and family as well as the nonprofit organization, Overtime Angels. The concert is scheduled to be held in Peart’s hometown of St. Catharines, Ontario, at the Meridian Center on Saturday, October 22, 2022. Solar Federation is the only Rush tribute band from the United States scheduled to perform at the event.

Most recently, the band won “Best Tribute Band” at the 2021 Central PA Music Awards held at Hershey Theatre on March 24, 2022.

“You can’t fake it with this band,” said Ffej Herb, Solar Federation’s drummer. “Rush fans are incredibly loyal and know this music inside and out.”

Rush is widely recognized for its legions of devoted fans from all corners of the world. “I was floored to learn that people travel from all over the Mid-Atlantic region to attend our shows,” said Herb. “To me, that not only speaks volumes about the loyalty of Rush fans, but it’s also a testament to the quality of our little band.”

Mickey’s Black Box is a cashless venue. Please plan to bring alternative methods of payment. All bags are subject are to search upon entry. Tickets are non-refundable, save for instances in which performances are cancelled by Mickey’s Black Box. For more information about our venue, please visit the FAQ page of our website: https://mickeysblackbox.com/faq/ or call our box office line at (717) 723 – 8463.