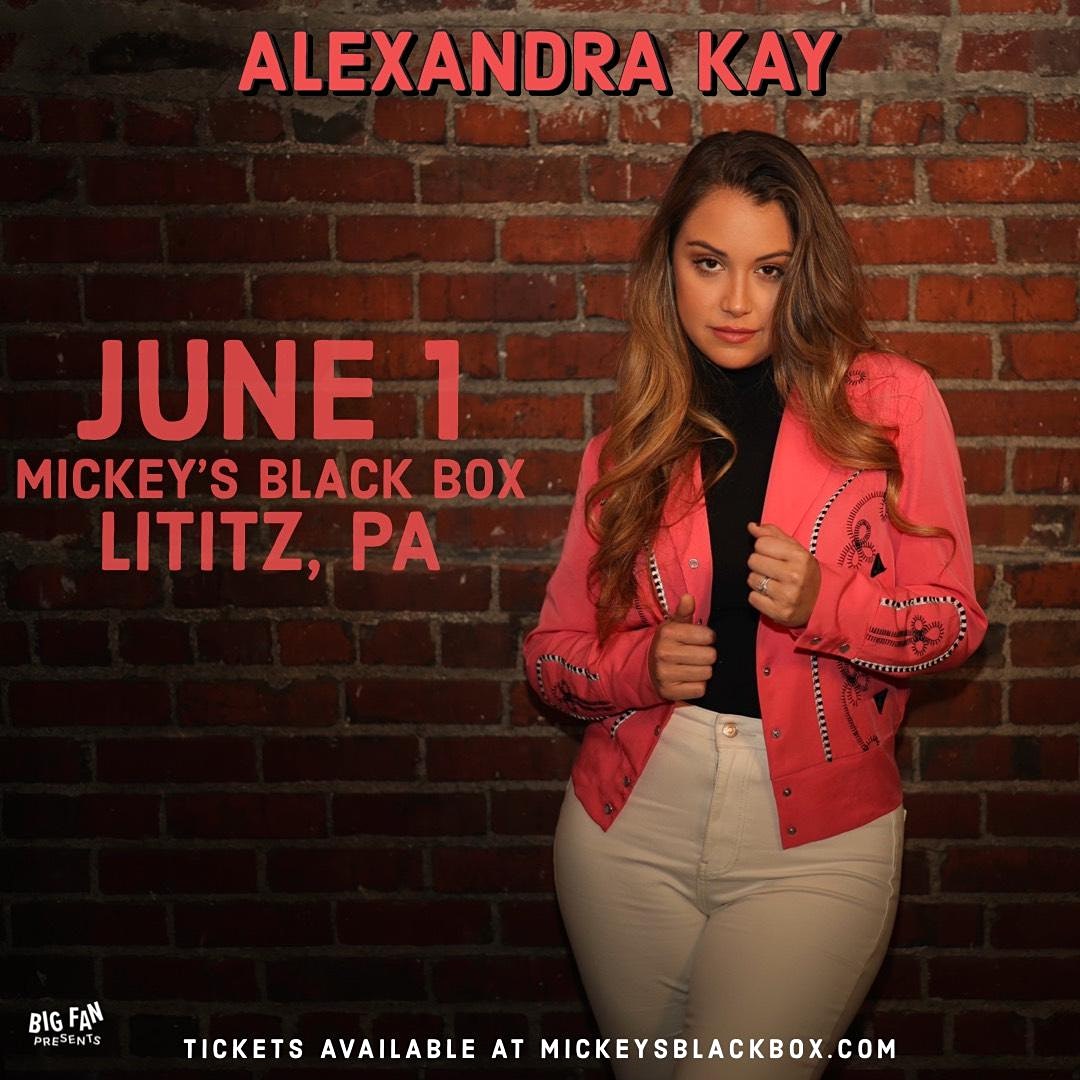 Growing up about 40 minutes from St. Louis Missouri in Waterloo, Illinois Alexandra began writing songs at the age of 15 as a way to cope with being a teenager, first loves and finding herself.

AK grew up with a competitive nature, learning discipline and developing her work ethic during her years of competitive softball. “Playing for a nationally ranked team for a decade the end game was always a full ride college scholarship.” Alexandra Kay turned down college scholarships to pursue a career in music.

Alexandra has captivated audiences throughout the world with her videos and has proven that she can turn social media recognition into an adoring fan base.

Alexandra Kay has gained over 25 million collective streams on independent releases (Dive Bar Dreamer, I Kinda Don’t, All The Cowboys, We Wouldn’t Be Us, How Do We Go, & Tall Boys).

It is safe to say Alexandra is thrilled to be joining Tim McGraw, Russell Dickerson, and Brandon Davis on the McGraw Tour 2022 this summer which begins Friday, April 29th in Rogers, AR and ends in MansField, MA on June 4th.